Earlier this week, I was driving home from the doctor with my son. I looked up into the sky and saw this figure in the clouds. Not all see the angel that I see. But, it brought me comfort. It was a message from above. A message telling me that I was being protected. We are all being protected.

The next day, I was in my favorite store when I overheard a man on his phone. At first I thought I misheard him. He said: “I’m going to bring a gun into the back room.”. I continued shopping. I was a bit unnerved but didn’t think about it for a moment or two.

As I was turning into another aisle, I heard him laughing into his phone. I thought “oh, he was kidding”. Until he added, “and then I’m going to kill two people.” My stomach dropped and I started shaking. I didn’t panic. I remained calm.

Unfortunately, I was at the back of the store. Horrible thoughts ran through my mind. I’m only 10 feet away from him. I would be his first victim. I have to breathe. I have to act like I didn’t hear his conversation. I need to nonchalantly alert the store of what I heard.

I found an employee that I knew from shopping there for more than a decade. She contacted management. I left my cart filled with all my great finds and left. As soon as I was through the front doors, I called 911 and alerted shoppers who were entering that there was a possible threat.

None entered. All decided not to risk becoming a victim. I remained on the phone with the dispatcher until 8 police cars and the k-9 unit arrived. I spoke with the officers for almost 15 minutes before they said I could leave. It was the longest 30 minutes of my life.

My hands shook for the next few hours. I felt nauseous. I felt that I had been violated. One of my favorite places to loose myself in had become tainted by the threat of violence. What’s worse? This person found joy in threatening the lives of others.

It took awhile before I could think about the incident clearly. By awhile, I don’t mean hours, I mean days. I was shaken to my core. Plus, I was pissed. Pissed because this person thought it was funny. Killing is not funny. It is not a joke.

Four days later, I thought of the pictures my son took of my angel. It was truly a message from above. The workers, the shoppers, the police, and me. We all were being protected that day. The threat of violence was thwarted because of God’s protection.

Protection from His angels. Wings of strength enfolding me. Keeping me from falling apart when that’s all I wanted to do. His strength and protection gave me the courage to make the choices I did. I was able to because I was safe in the wings of God’s angels.

“Never travel faster than your guardian angels can fly” 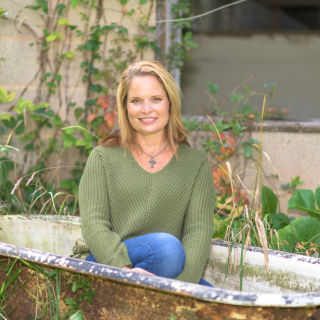